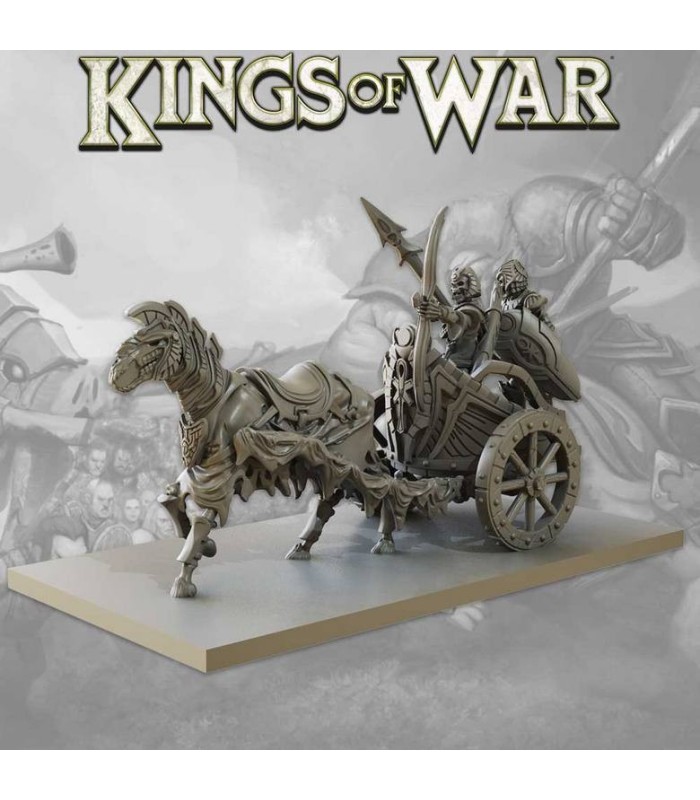 Once used in both ceremonial roles and in times of conflict, these heavy chariots now only see service in the ranks of the empire’s army, thundering towards the enemy and bearing the revenants to war.