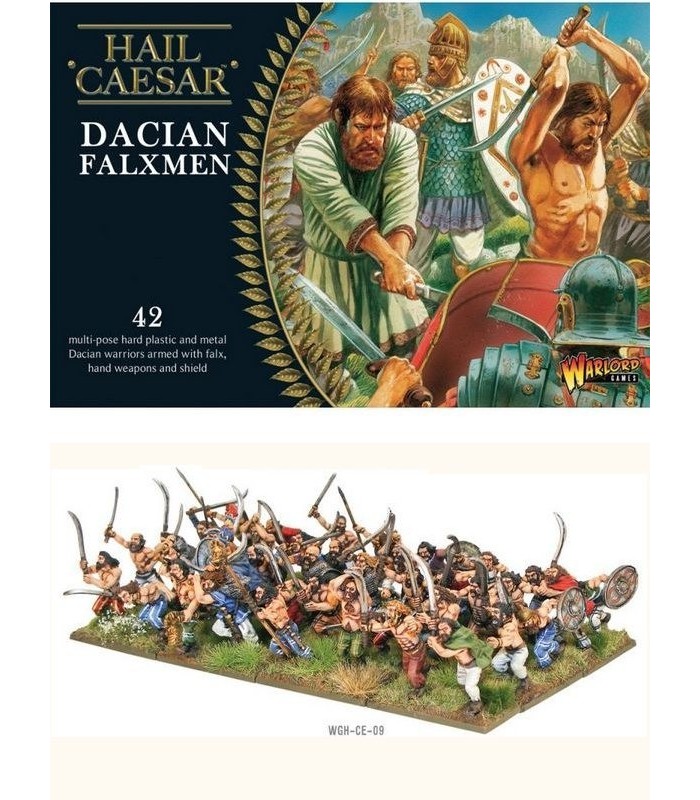 There were few ancient peoples who were able to challenge the might of Rome, but the fierce Dacians, hailing from what is largely modern Romania, were one of the exceptions. Fighting two mighty wars with Rome, the Dacians gave the Legions a bloody nose they would not forget!

Fighting principally as infantry, the Dacians allied themselves with the highly skilled horsemen, and women, of Sarmatia, making a balanced and very powerful enemy force to fight, as the Romans found out to their cost.

The most terrifying and effective Dacian troops were those armed with the lethal falx - a wicked looking double-handed war scythe that could shatter a shield and carve off a limb with a single blow. So fearsome was this weapon, the Romans developed additional armour to protect arms, legs and heads from it's devastating impact.

Sound the carnyx and raise the standard high, the Dacians are going to war!