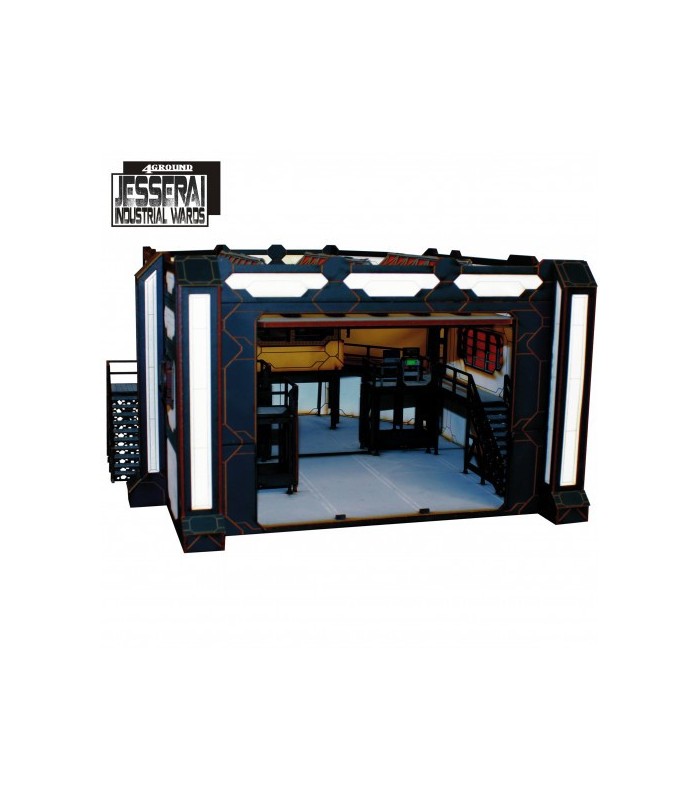 In the Iapygian Sink there are three common forms of vehicle; airborne, mag and finally SVs. As industrial walkers SVs are used as load lifters, excavators and as protective equipment in high radiation/heat zones. These industrial SVs have needs for both repair and storage and with the Köppell Heavy Industries SV7-A3 Hangar and Repair Bay an Iapygian Township can construct the equipment needed to keep these SVs functioning cost-efficiently.

The SV7-A3 Hangar and Repair Bay can keep 5 SVs in good condition with computer diagnostic systems, equipment shelving and heavy crane chains. The bay also has the foreman’s office with its own airlock systems and escape hatch into the locker and stock rooms. The airlocks are in place in case any of the SVs have their trinium power core breached and the highly toxic trinium gas escape into the bay. Luckily the trinium gas is relatively slow moving so the foreman’s office can also be used as a safe room in case of an accident.

In combat SVs are used as a cross between mechanised infantry and armour, not as powerful as an armoured vehicle and not as fast as recon vehicles, they are used by most Peacemaker and Peace Keeper forces especially in urban combat. As such, most Peacemaker or Peace Keeper compounds will have at least one SV Hangar Bay to store the units compliment of SVs.