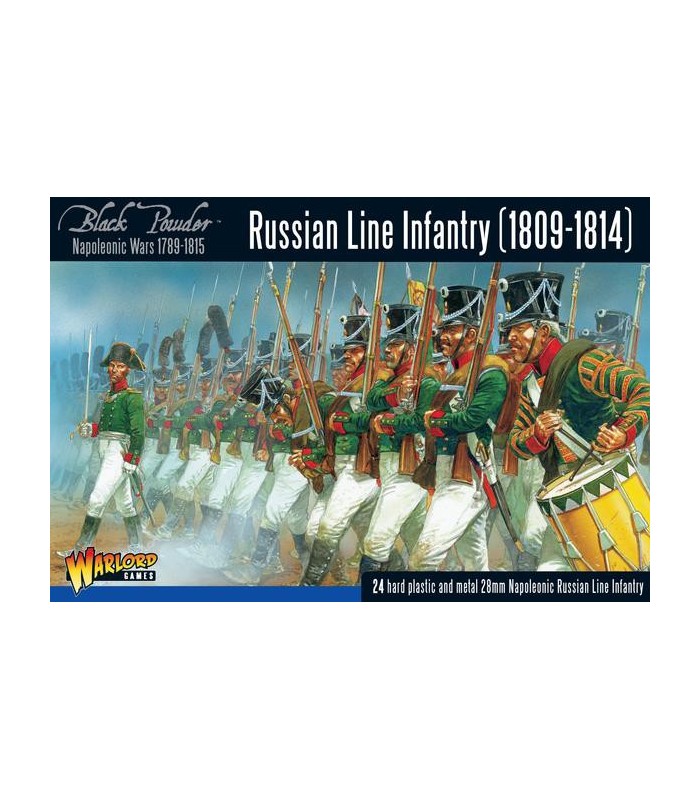 Despite, or quite possibly, because of, the harsh conditions they were brought up in, the Russian soldier was stubborn, resilient and unflinching. The Russian infantryman played decisive roles in each of the great battles against the French and their allies during the Napoleonic Wars. Culminating in the great battle at Borodino, the Russian soldier proved to be a very tough opponent indeed, often performing their grim duties at the point of the bayonet.

This boxed set allows you to build a large battalion of Russians wearing the traditional Russian shako that, whilst superceded by the kiwer shako from 1812, was still worn by many regiments through to the end of the Napoleonic Wars. Two different head options are included allowing you to field your unit as musketeers, grenadiers or a mixture of both.

The models are simple to put together with only three parts (body, head and backpack with sword) allowing you to build your force quickly and get it onto the tabletop fast!