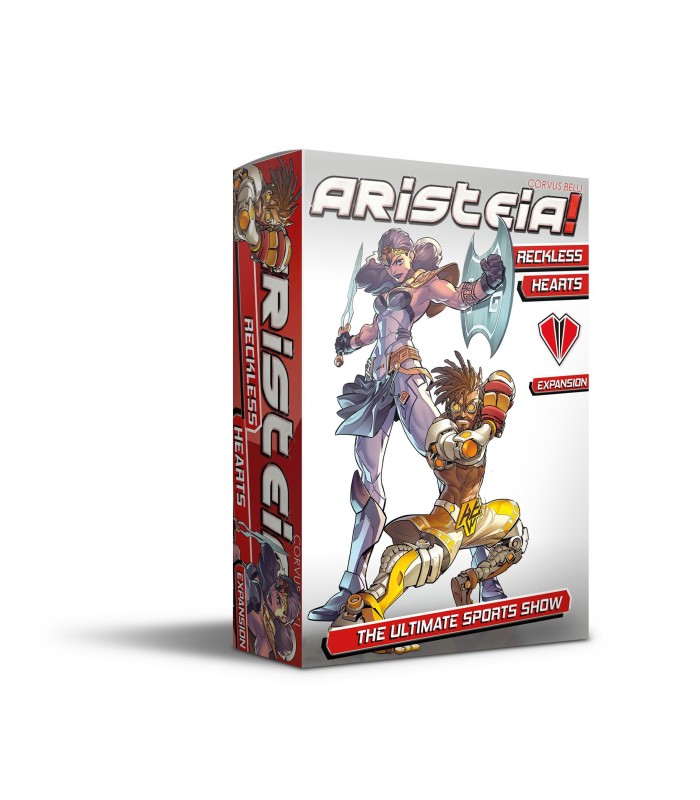 From one of the Human Sphere ends comes Axl Steel, a fighter who practices a strange martial discipline, quite a mix of kickboxing, classic boxing and judo. During all his life, Axl has worked in one of the many orbital factories connected in the Human Edge System. Not long ago, his employers organized an illegal Aristeia! competition and Axl shined so much that they automatically decided to make him an AGL star.

Hippolyta’s character was created in close collaboration with Manu aka Kelthret, the first season AGL champion. He earned the right to participate in the design of an Aristeia! character. Manu shared with us his passion for the Infinity Myrmidons and suggested a Myrmidon Officer as a starting point. The result is a spectacular leader support, both in design and game profile.

In addition to including the two pre-assembled plastic miniatures with the highest quality Corvus Belli seal, this Aristeia! expansion incorporates the 2 character cards, the 2 initiative cards, 8 tactical cards and the necessary markers to play this expansion. A total of 42 cards in each box, since a copy is incorporated in each of the game's languages: Spanish, English, German and French.


Reckless Hearts is not a stand-alone game. It requires Aristeia! to play.