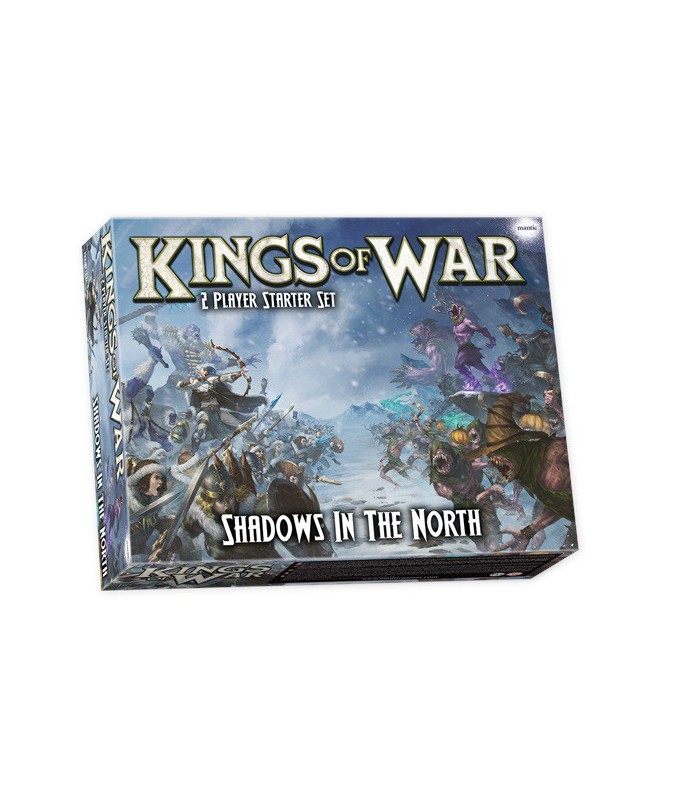 Kings of War is a mass-battle fantasy wargame set in the world of Pannithor. Rank upon rank of soldiers march into bloody combat, while winged demons battle fiery dragons overhead. From launching devastating bombardments of artillery, to tactically out-flanking your opponent’s forces, Kings of War is a game of exciting, expansive fantasy battles.

This starter set contains two great plastic starter armies for Kings of War – the foul Nightstalkers and the noble Northern Alliance – a softback book with the full game rules and complete army lists for 14 different factions, and a getting started booklet to help you with your first games.

Plus! When you order from Mantic Games you'll receive FREE movement trays so you can start multi basing right away. Includes: