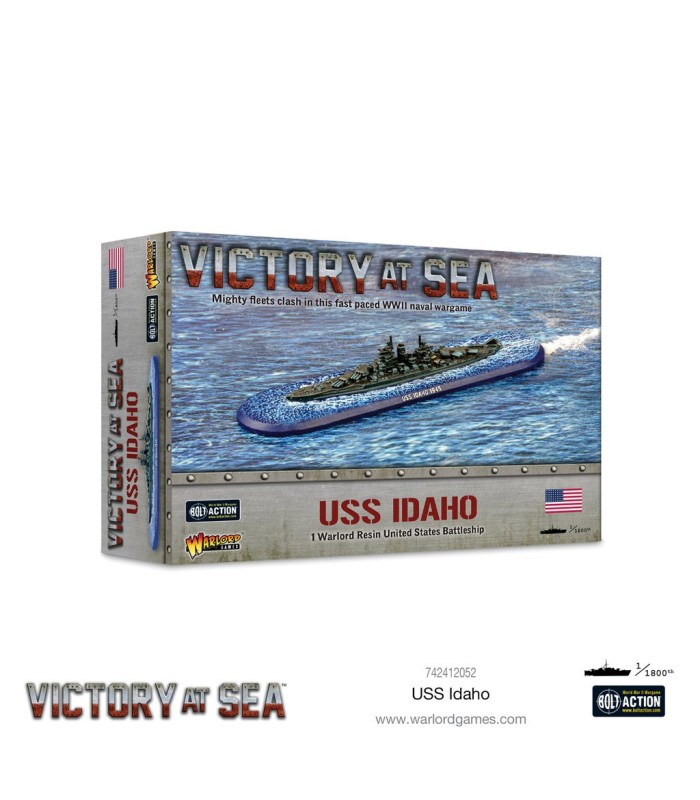 USS Idaho, the third of three ships of the New Mexico-class of Battleship, was the fourth vessel to bear the name. She was launched in June 1917 and commissioned in March 1919. She was armed with a battery of twelve 14” guns in four turrets and was protected with heavy armour plate (13.5” thick in the main belt).

During the 20s and 30s, Idaho spent the majority of her time as part of the Pacific Fleet, conducting routine training exercises. She was modernised in the early 30s. During World War II, but before the United States’ entry into hostilities, she was assigned to join the Neutrality Patrols that protected American shipping during the Battle of the Pacific. Following the attack on Pearl Harbour, she was redeployed to the Pacific Theatre, along with her sister ships.

For the remainder of the war she supported amphibious operations in the Pacific, shelling Japanese forces during the Gilbert and Marshall Islands and Philippines campaigns. She also supported the invasions of Peleliu, Iwo Jima and Okinawa. Idaho was present in Tokyo Bay when Japan formally surrendered on 2 September 1945. Idaho was decommissioned the next year and dismantled in 1947.

Contains one ship in Resin and Warlord Resin