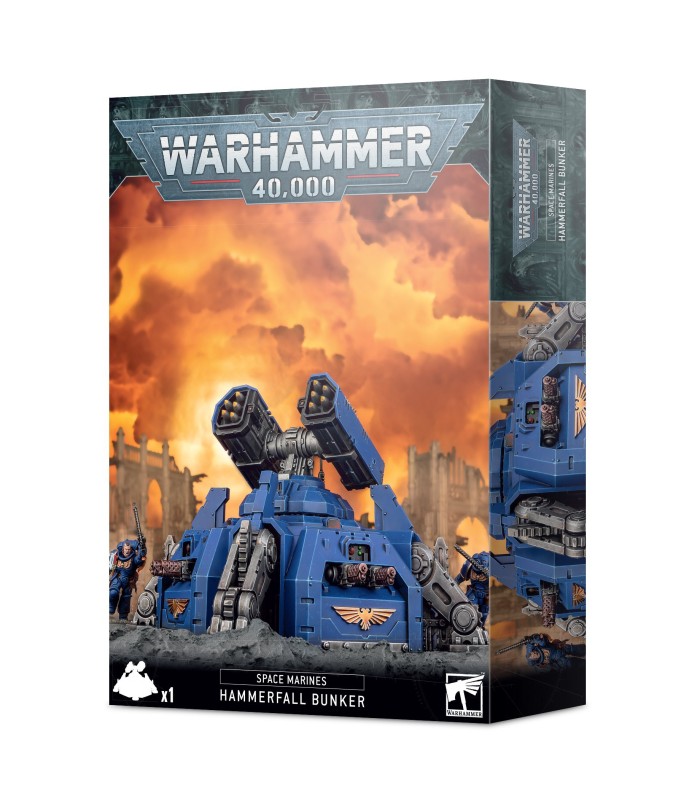 Hammerfall Bunkers are launched from Space Marine warships in the same manner as Drop Pods. Automated area-denial assets crewed by hard-wired servitors, they have all kinds of battlefield roles, including securing beachheads, hampering enemy assaults and wreaking havoc behind the foe's lines.

The Hammerfall Bunker offers your Space Marines army unrelenting firepower where you need it most. In addition to its Hammerfall missile launcher, each bunker is outfitted with a heavy flamer or heavy bolter array, enabling you to devastate any nearby enemies, regardless of their direction of approach.

This kit builds one Hammerfall Bunker. It is supplied with a choice of Hammerfall heavy flamer or heavy bolter array, and comes in 64 plastic components.