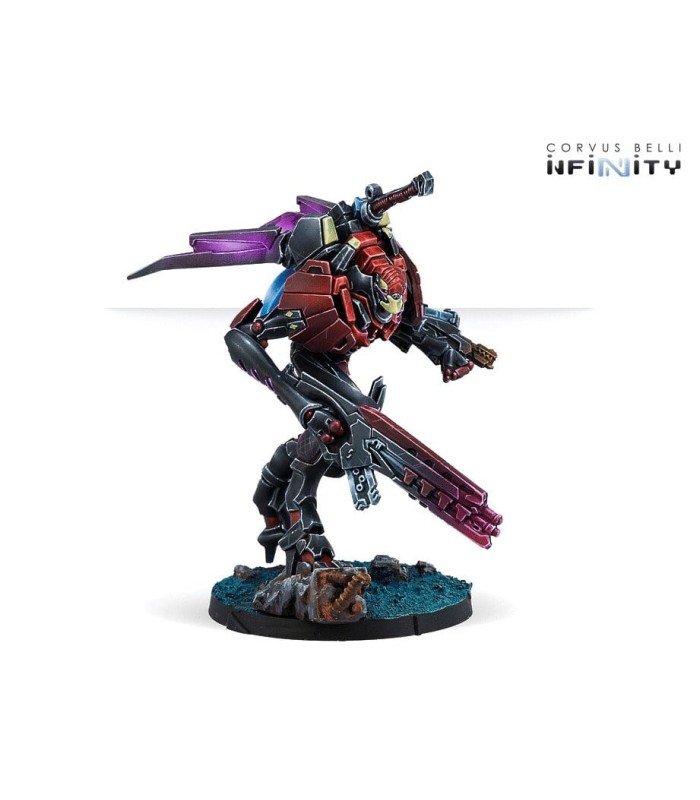 According to Shasvastii tactical philosophy, the Special Armored Corps is a non-conventional infiltration unit. The Sphinx (human designation code) TAG models can operate as an attack vector for the Expeditionary Forces by taking advantage of its high speed and stealth abilities and making the most out of it. However, they can also be used as an armored reconnaissance force in environments with heavy fighting.

Sale Info: TAGs are coming to Infinity CodeOne! Huge, fast, lethal and tough war machines at your disposal. Ready to be the spearhead of your army. Thanks to its Camouflage and Mimetism Special Skills, the enemy will not realize that the threat is there until it is too late.