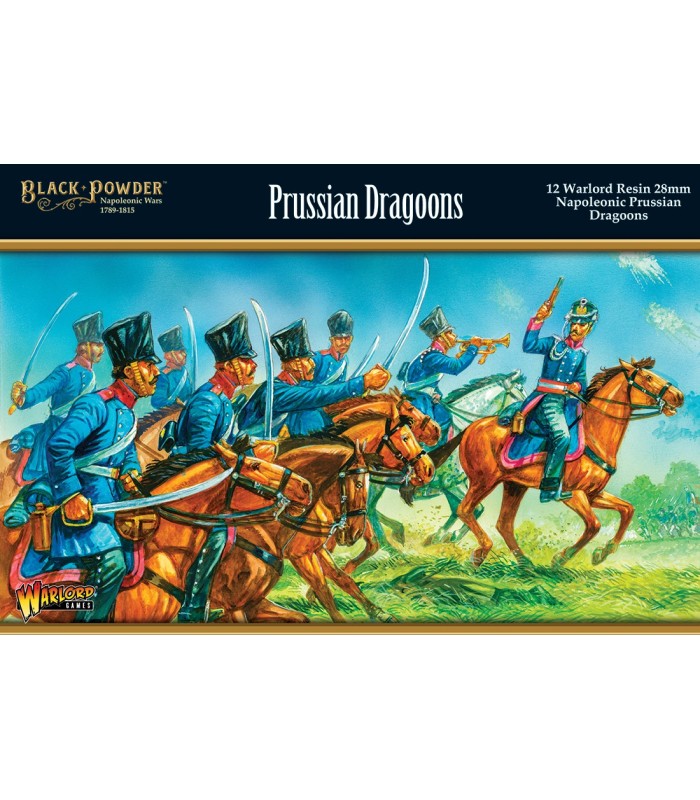 Prussia was renowned for its excellent infantry under Frederick the Great. Less well known is the efficacy of Prussian cavalry on the European battlefield in the 19th Century. Early in the Napoleonic wars, Bonaparte himself warned his generals of the excellent Prussian cavalry.

The well-trained and disciplined Prussian horse during the Hundred Days campaign formed regiments of cuirassiers, dragoons, hussars and lancers. By Waterloo there were eight dragoon units in the field, comprising 9% of the cavalry under Blücher’s control.

Alongside the cuirassiers, the dragoons were the heavy cavalry of the Prussian army. Their uniform was business-like – a distinctive blue Litewka long coat and grey overalls topped with a basic shako, frequently covered in an oilskin wrap. Armed with a curved sab