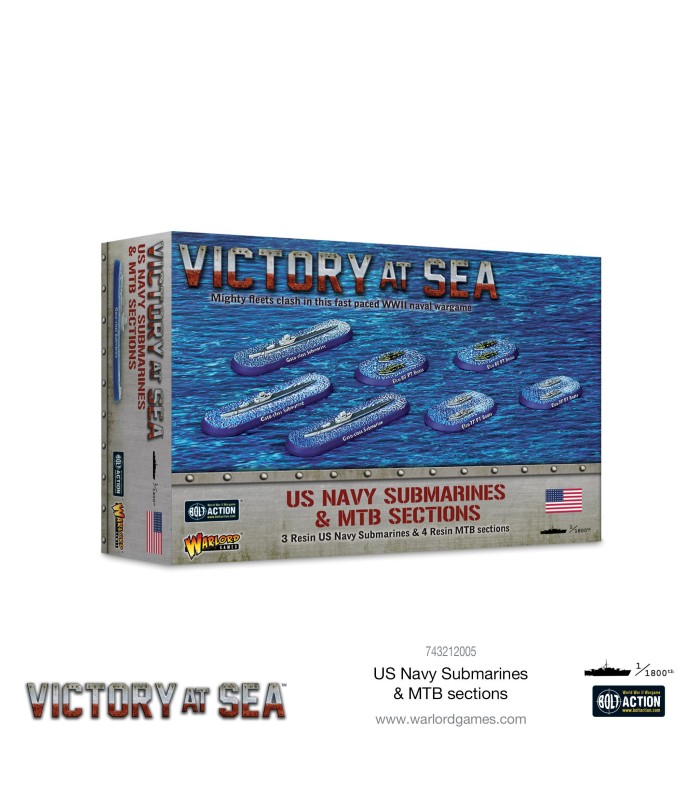 Submarines: The Gato-class of submarine was the first mass production US submarine class of the Second World War, forming the majority of the United States Navy’s submarine fleet of the war. It was the Gato-class, and the successors of her design that were largely responsible for the disruption of the Japanese merchant fleet. Individual Gato-class vessels were given names of marine creatures, with the lead of her class named for a type of small catshark.

MTBs: The Elco mounted four torpedo tubes which, combined with its speed, made it a serious threat to larger ships. The largest PT boat used by the US Navy, the Elco is also notable for future President Kennedy commanding one. Crews of these boats relied on their smaller size, speed and manoeuvrability – and darkness – to survive.