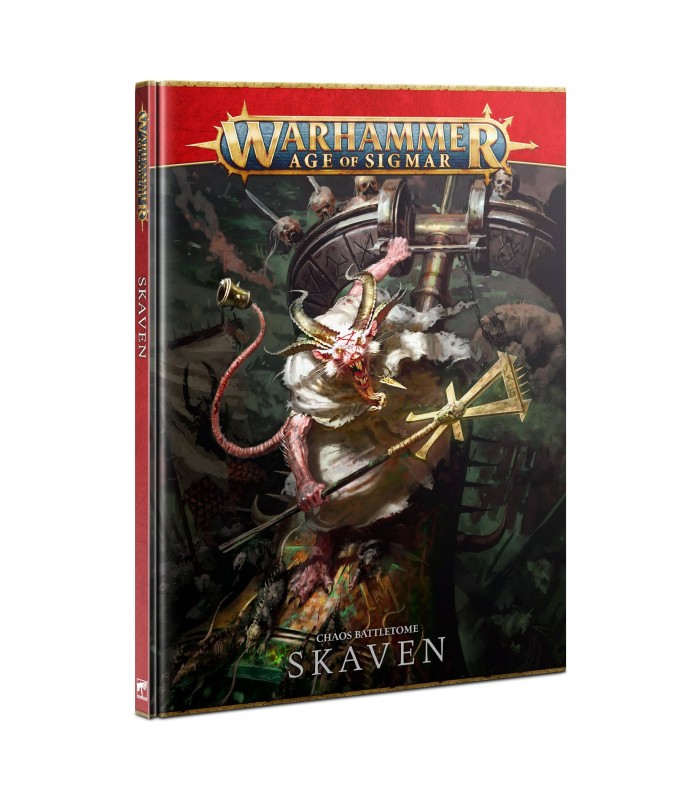 For centuries beyond counting has the race of malevolent ratmen known as the skaven plagued the Mortal Realms. Arrogant, avaricious and utterly without mercy, the skaven seek to annihilate every other sapient creature – expanding, multiplying, and consuming everything in their path until they alone rule over the decaying husk of reality. Those who defy this vision are overwhelmed by swarms of frenzied, red-eyed warriors, weaponized plagues, monstrous beasts and lightning-spitting war machines. Arise, Children of the Great Horned Rat!

Within these pages you'll find everything you need to know to command verminous Skaven hordes in your games of Warhammer Age of Sigmar. Pore over the treacherous history of the Horned Rat's many attempts to conquer the Mortal Realms, learn about the internecine squabbling of the various Great Clans, and delve into the gnawhole-riddled depths of their teeming Under-Empire.