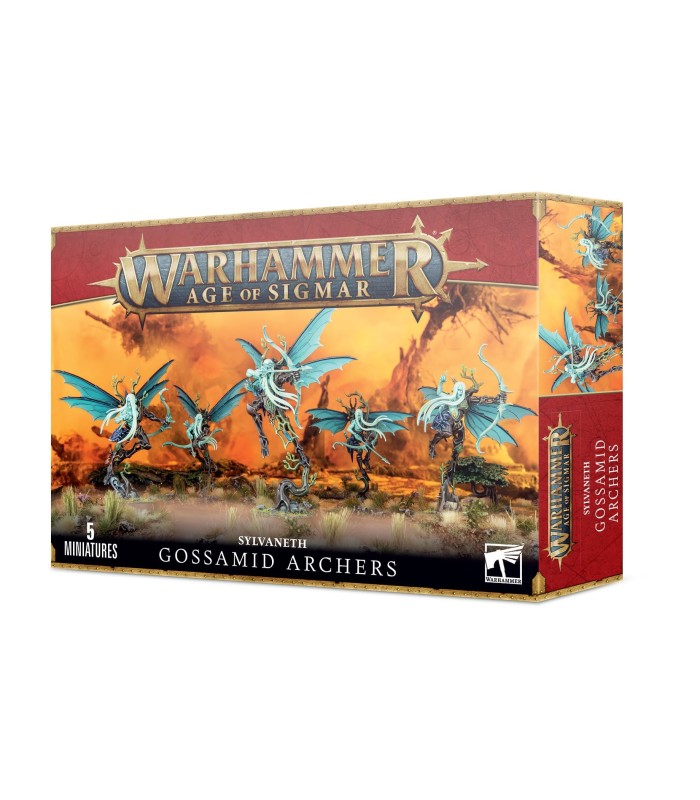 A breed of forest spirit only recently-emerged into the ranks of the Sylvaneth, the Gossamid Archers are afforded the power of flight by the zephyrwing spites that clasp their torsos. With impressive speed and mobility, the Archers fly to wherever they're needed on the battlefield, swooping low to shoot at the enemy and evading counter-assaults with a swarm of insectile distractions. A gruesome fate awaits any struck by the shafts fired by these symbiotic skirmishers – the arrowheads contain voracious grubs that devour the target from within.

This multipart plastic kit builds five Gossamid Archers, a swift mid-range harassment unit for Sylvaneth armies. Each Gossamid Archer has a distinctive pose and appearance, and one can be assembled as a Flitwing Scion with a diadem and ornate tabard. This set includes five different designs of zephyrwing spites and quiverbugs, each of which can be equipped to any one of the Gossamid Archer bodies, allowing you to mix-and-match your Archers for a wider variety of appearances across your army.