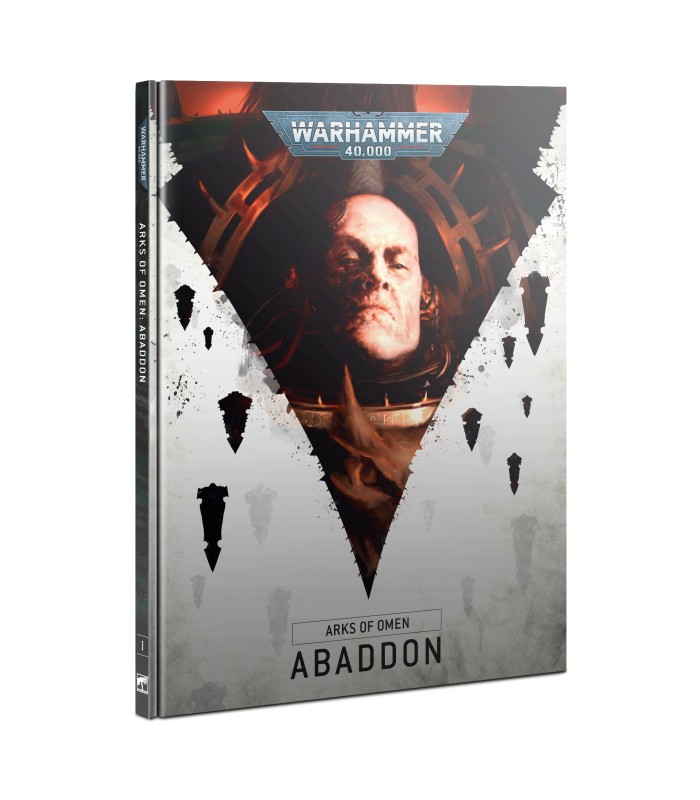 The Great Rift has torn the Emperor's realm in two. Ancient alien empires rise from the ashes of prehistory to claw at the dying stars. Predatory nightmares boil from the outer darkness, while everywhere the veil of reality wears thin and the flames of war rise ever higher. Day by day, battle upon battle, the galaxy careens ever closer to total annihiliation.

From amidst the growing anarchy and prophecies of a final ending rise those who would deny the last darkness and, in so doing, seize victory for themselves. Greatest amongst these is Abaddon the Despoiler. Forging an infernal pact with a dread new ally, he unleashes the mighty Arks of Omen and their rapacious Balefleets upon the Imperium Sanctus and the Imperium Nihilus alike.

Striking at world after world, the Arks ignite fresh conflagrations of war wherever their shadows fall. Humans, aliens, and even Abaddon's heretical rivals fight back against these nightmare war fleets wherever they can - but there is a darker and more insidious purpose to the attacks of the Arks of Omen, and time is not their ally...

- The ongoing narrative of Warhammer 40,000, including the coming of a new power sworn to the Dark Gods. Astonishing art and a thrilling story set the stage for the Arks of Omen series

- A stunning showcase of miniatures, including depictions of vicious boarding actions

- Full rules for playing your own Boarding Action games, including setting up the battlefield, modified rules for visibility, cover, and loads more

With this book, you will also receive a code to unlock Arks of Omen: Abaddon content in Warhammer 40,000: The App.

You will need a copy of the Warhammer 40,000 Core Book to use the contents of this book.