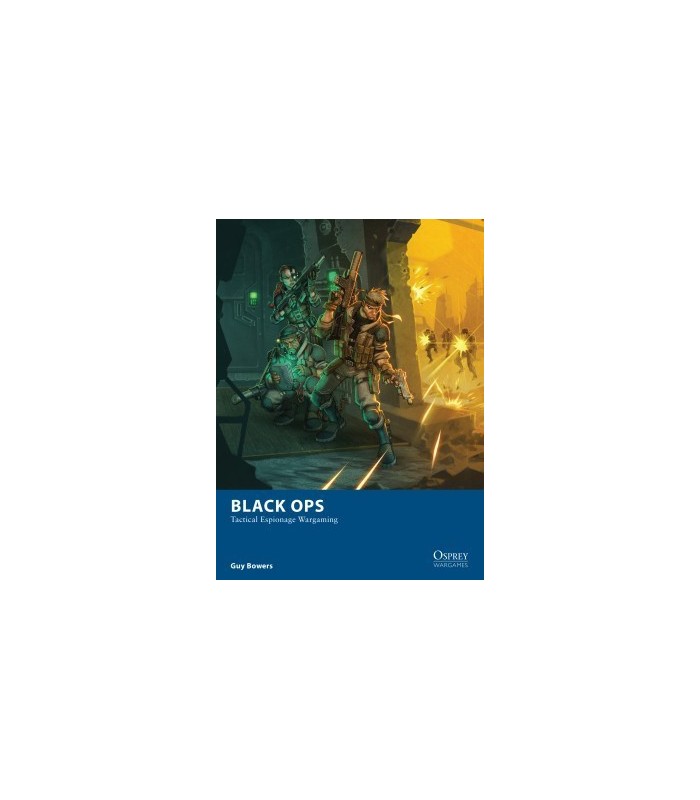 About this Product
Black Ops is a skirmish wargame of tactical espionage combat that recreates the tension and excitement of modern action-thrillers such as the Bond and Bourne films. The fast-play rules keep all the players in the thick of the action, while the mission generator provides a wide range of options for scenarios - from stealthy extraction or surveillance missions to more overt raids and assaults. Stealth, combat, and technical expertise all have a role to play, and players may recruit a number of different operative types - spies, mercenaries, criminals, hackers, special forces, and many more - to recruit the best possible team for the job. Players may also choose to join a faction - powerful organizations, intelligence agencies, criminal syndicates, militaries, or rebel groups, each with a stake in international affairs. By doing so, their team may receive certain benefits, but may also find itself limited at a crucial time. With the variety offered by the characters, factions, and scenarios, no two games of Black Ops should ever be the same!
Biographical Note
Guy Bowers has been gaming from an early age, making up boardgames to keep his sisters amused at the age of 8, and getting into roleplaying and wargaming by 13. In 2002 he started playtesting books for Warhammer Ancient Battles, before eventually writing his own – Siege and Conquest. He has contributed articles to many wargaming magazines, including Wargames, Soldiers and Strategy, for which he has also served as the editor since 2009.
Contents
Introduction
The Rules
Characters
Factions
Scenarios
Quick Reference Sheet