> Portada Pre-Pedido>Defence of the North 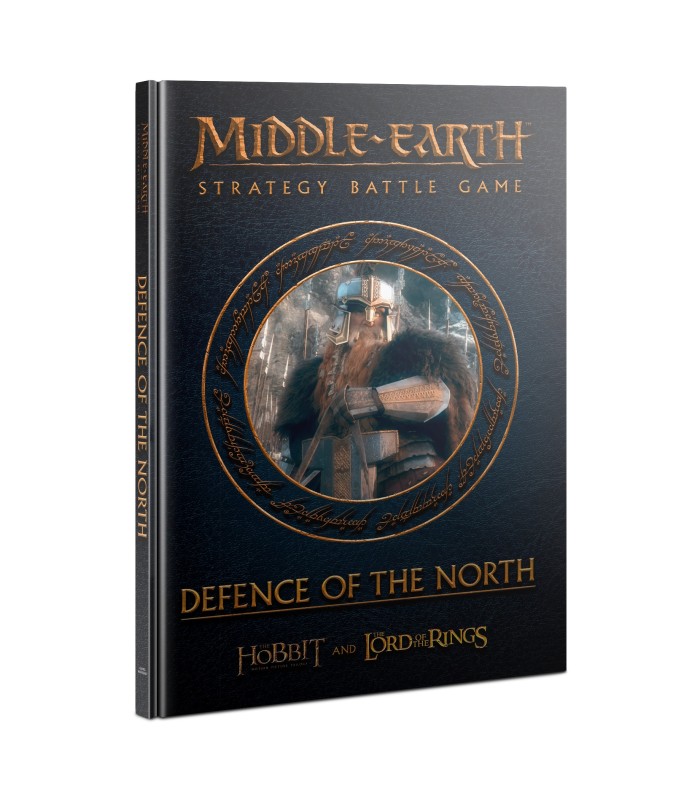 Defence of the North

Sauron never turned his gaze completely away from the northern kingdoms – even during the close of the Third Age, the forces of Evil closed in on Dale, Erebor, Mirkwood, and Lothlorien. Across the lands of Rhovanion, the forces of Good rallied to defend their homes, their acts of heroism tying up armies Sauron so badly needed as the War of the Ring raged to the south.

This expansion for the Middle-earth Strategy Battle Game™ lets you play out campaigns across three distinct theatres of war – the Battle for Dale, Defence of Mirkwood, and Assault on Lothlorien. These can be played individually, or combined into a grand Defence of the North campaign. The hefty background section gives you plenty of insight into the history of the northern kingdoms, including events that occurred during the War of the Ring, when so much attention was focused elsewhere. You’ll find loads of scenarios to play, fresh ways to build your armies, and meet new heroes and villains. On top of all that, this supplement includes a showcase of miniatures, and an appendix featuring additional content exploring the historical battles of the northern lands.

– History of the North: An overview of the background of Middle-earth’s northern lands, including Sauron’s attack on the area during the War of the Ring.
– Scenarios: 18 narrative play Scenarios, including background, board layouts, objectives, rules, and more.
– Defence of the North Campaign: Rules to link the 18 Scenarios together into one extended campaign, or three individual campaigns that can be played on their own.
– Armies: Background details and rules for eight armies that fought in the Rhovanion, namely the Garrison of Dale, Erebor Reclaimed, Lothlorien, Halls of Thranduil, Beornings, Easterlings, Mordor, and Dark Denizens of Mirkwood. Each section features the units and Army Bonus available to that army list, and tactical insight on the strengths and weaknesses of your force. You’ll also find rules for notable units who fought during these wars.
– Legendary Legions: Rules for six Legions, representing the Army of Dale, Defenders of Erebor, the Bearings, Host of the Dragon Emperor, Fell Beings of Mirkwood, and Assault of Lothlorien. Each provides a restricted army composition that grants an additional suite of rules for the Legion to take advantage of.
– Appendix: Provides additional background and four scenarios for reenacting historical battles across Rhovanion, including the Destruction of Dale, Battle for Dale, the Battle of the Five Armies, and the High Pass.
– Showcase: Get inspired with lavish displays of key miniatures from the Citadel and Forge World ranges.

You will need a copy of the Middle-earth Strategy Battle Game Rules Manual, Armies of the Lord of the Rings, and Armies of the Hobbit to use this expansion.