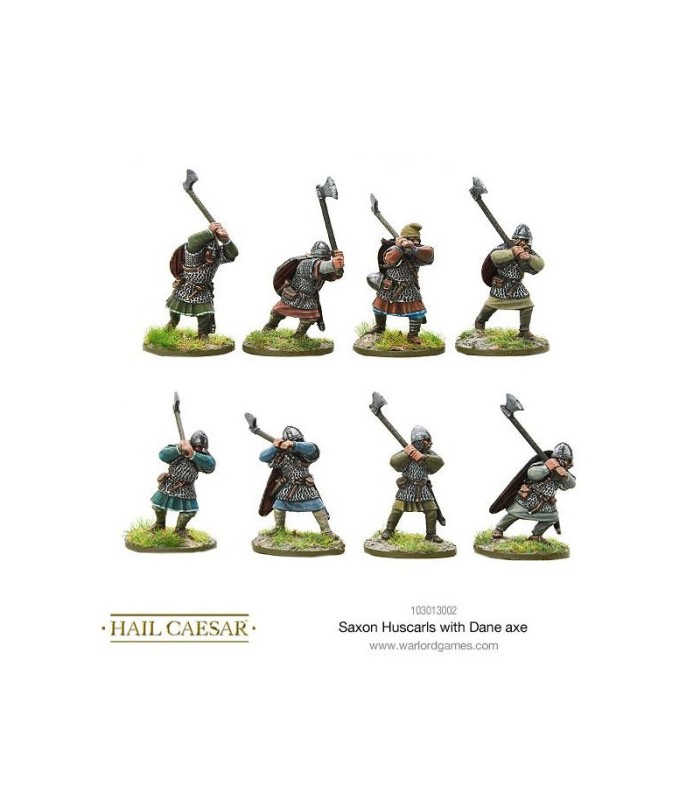 Huscarls were non-servile troops in service to a Saxon Lord or someone of similar ranking. Well trained and often used decent equipment, you'll have to think twice before you go against a group of Saxon Huscarls...