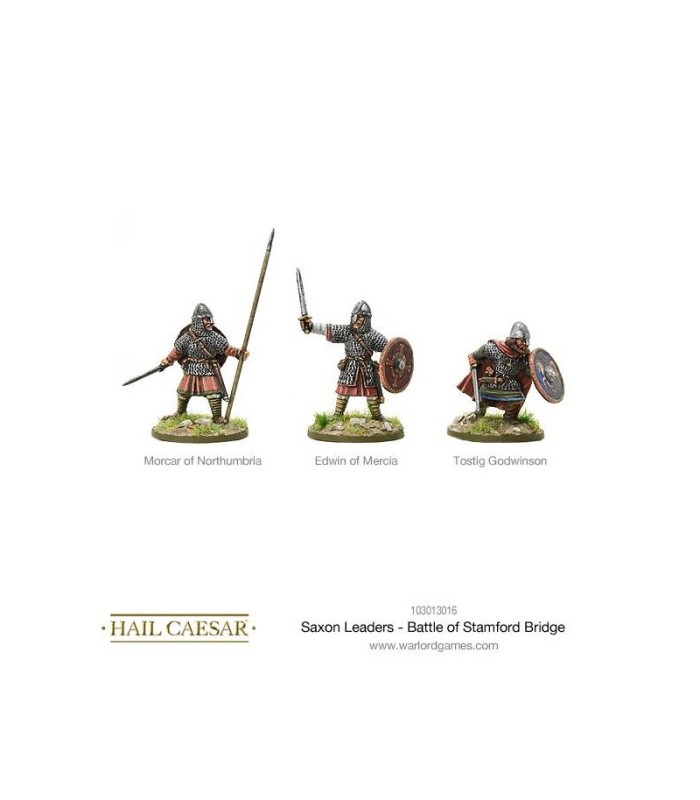 Venerable Saxon leaders from the bloody battle of Stamford bridge have survived against all odds and are now ready to lead your Saxon forces to victory!

3x Saxon Leaders from the Battle of Standford Bridge (Morcar of Northumbria, Edwin of Mercia and Tostig Godwinson)