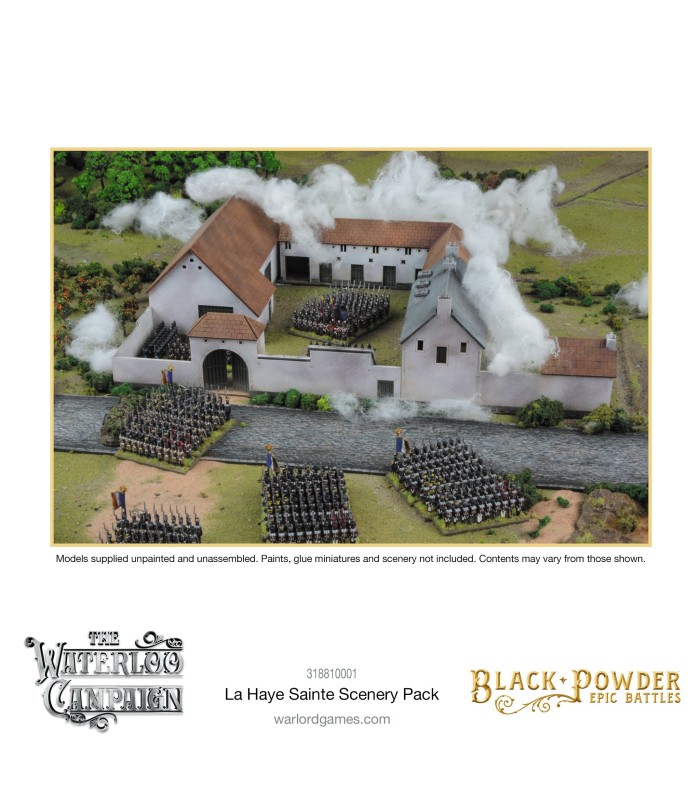 This scenery pack provides one of the most famous buildings in military history - the farmhouse at La Haye Sainte. An anchor to the Allied army's left flank and vital communication line to his Prussian allies, the epic struggle at La Haye Sainte is now the stuff of legend, with its garrison of the King’s German Legion and their allies clinging on grimly against massed French infantry assaults.