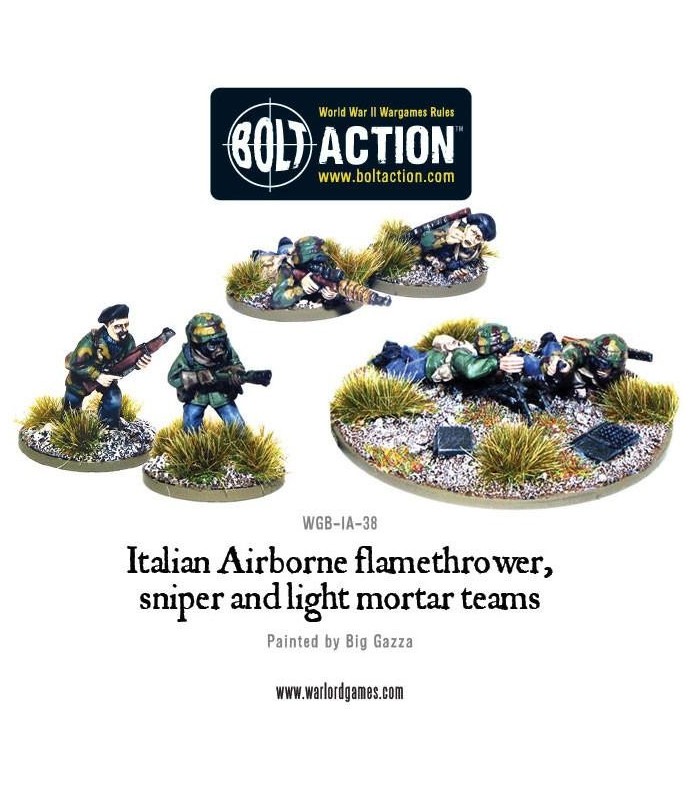 On paper, every Italian infantry division was to have eight assigned flamethrower teams for digging out entrenched infantry and assaulting fortifications. In practice, of course, these supplies were much more scant.

The Italian army had no specialist sniper rifle, and the relatively light-weight Carcano Model 1891 with its small calibre bullet was not ideally suited to the role. Indeed, the Finnish army, which was supplied with a number of the weapons, relegated them to second line formations for just this reason. However, in the hands of a skilled marksman and fitted with a telescopic sight the weapon would prove deadly enough.

Designed in 1935, the Brixia 45mm mortar was relatively difficult to produce in great numbers, given the complexity and cost of manufacturing the weapon. However, the 45mm light mortar was a powerful and successful weapon in the hands of properly trained soldiers. Its rate of fire was higher than similar weapons employed by other nations, and its accuracy was also unparalleled. Unfortunately, the ammunition it used was often poorly designed or manufactured, which hamstrung the best efforts of even a highly competent crew.