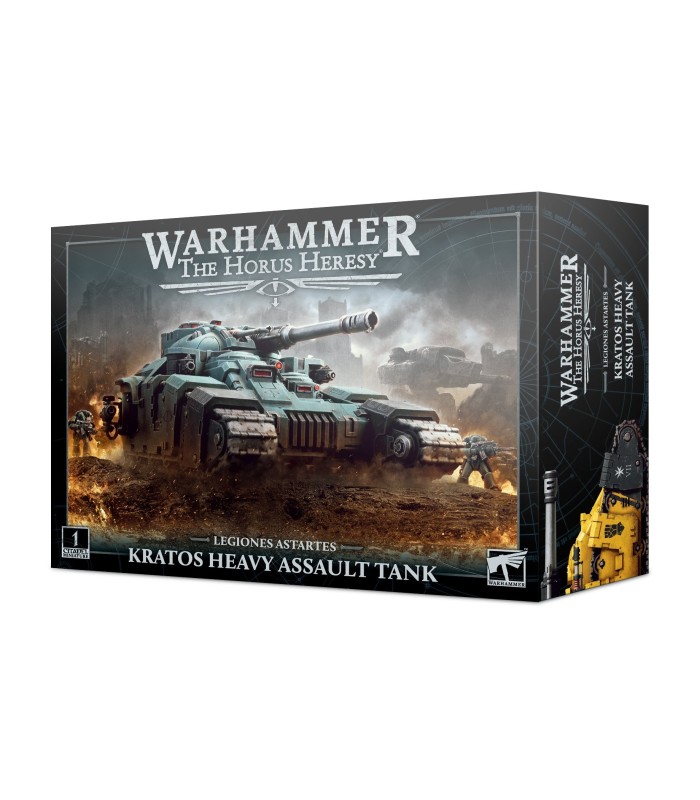 The Kratos Heavy Assault Tank is based on an Ancient Terran pattern fielded during the Unification of Old Earth, redesigned after the Emperor's treaty with the Lords of Mars to serve as the spearhead of the Great Crusade, a line-breaker and foe hammer. This grinding battle tank is all but impervious to enemy fire, and its steady, inexorable advance provides an indomitable core to any assault by the Legiones Astartes, enforced by a barrage of overwhelming firepower.

The kit also includes components to upgrade the Kratos Heavy Assault Tank with a pintle-mounted weapon – a havoc launcher, heavy bolter, heavy flamer, multi-melta, or a combi-weapon with five configurations (bolter, flamer, melta, plasma, or volkite) – as well as a searchlight, a dozer blade, a hunter-killer missile, and a number of cosmetic options, such as towing hooks and a choice of a Space Marine gunner, spotter, or closed hatch.

This model has no Legion markings, allowing Warhammer hobbyists to paint it in whichever colours they choose – however, the box includes a transfer sheet with 42 optional markings and iconography for the Sons of Horus and Imperial Fists Legions.