> Slaves To Darkness: Eternus Blade Of The First Prince (1) 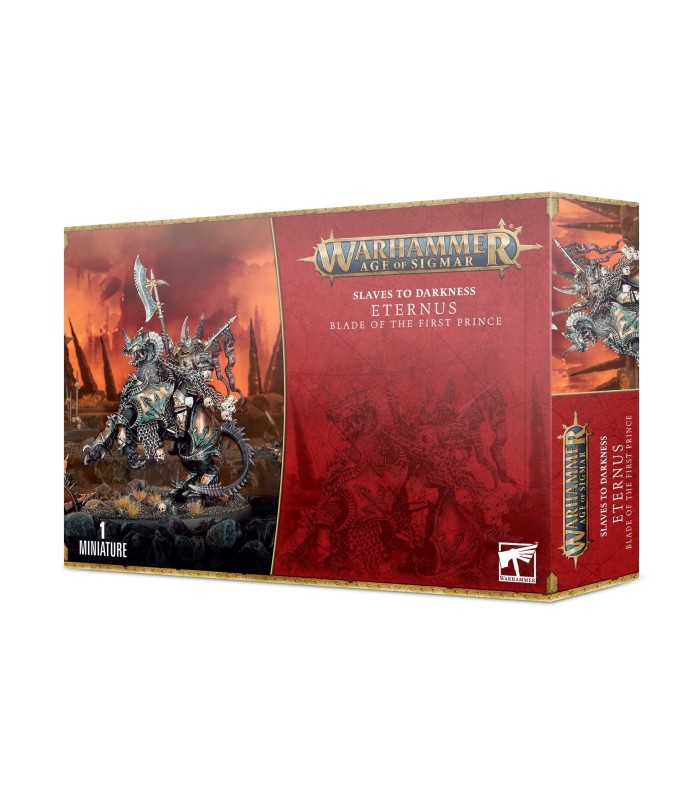 Slaves To Darkness: Eternus Blade Of The First Prince (1)

Chaos Lords are living legends who have followed the Path to Glory to the very brink of ascension... or damnation. Those who ride daemonic mounts into battle are especially feared – not just for the unnatural power of their infernal steed, but for the terrible deeds that saw them rewarded with such a beast. These champions rule over thundering cavalry warbands, driving their mounted brethren into battle with roared oaths to the Dark Gods.

This multipart plastic kit builds a Chaos Lord on Daemonic Mount – a mighty warlord with a steed to surpass any mortal horse. This imposing hero is clad in heavy armour and rich furs, cloak whipping behind them as their mount prepares for a charge. The Chaos Lord bears a Chaos runeshield decorated by a roaring daemonic visage to match their steed's baroque barding, and can be armed with either a cursed warhammer or Chaos lance – the kit also includes a sheathed sword for lance-wielding Chaos Lords, slung across their back for close quarters fighting.

This kit can alternatively build Eternus, Blade of the First Prince, mounted atop Drakocephalus.

This kit comprises 71 plastic components, and is supplied with a Citadel 90x52mm Round Bases. This miniature is supplied unpainted and requires assembly